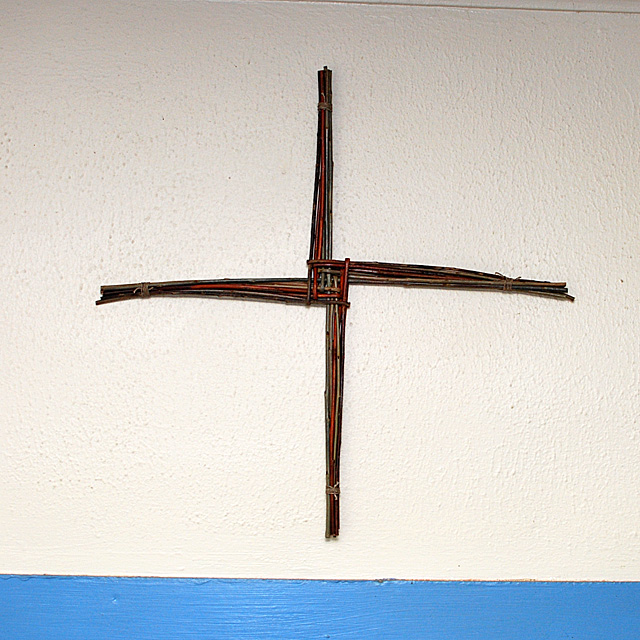 February 1 is celebrated as Saint Brigid’s Day in Ireland. It is also the Celtic celebration of Imbolc, the midway point between the winter solstice and the spring equinox. Some people consider it the beginning of spring. Like many holidays, the Pagan and Christian myths have mixed over the years. Brigid was a goddess of the Pagans who considered her the goddess of healing, inspiration, and craftsmanship. It is said that Saint Brigid was named after her. Brigid of Kildare became one of Ireland’s patron saints.

There is a legend that she made a cross from rushes she found on the ground to convert a dying man to Christianity. Some say that the cross represents the cycles of nature, and was a way for the Celts to keep the traditions of their ancestors alive while being forced to convert to the new religion. Regardless of the truth, these Saint Brigid’s crosses woven from rushes or straw became a popular symbol in homes. Each year on February 1, people would weave a new cross to hang in their house above the door or in the rafters to protect the home from fire and disease. The ritual also involved burning the previous year’s cross.

Katherine made the Saint Brigid’s cross in the photo for our house today with some small willow pieces. I found a youtube video of an Irish woman demonstrating how to make one from rushes here.