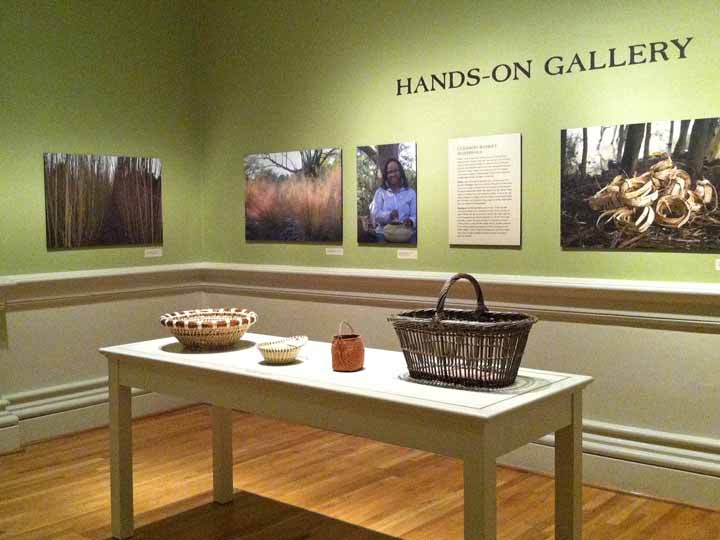 When Nicholas Bell asked Katherine to donate the use of one of her willow baskets for a hands on gallery at the exhibition “A Measure of the Earth: The Cole-Ware Collection of American Baskets”, she was happy to participate. Katherine took the photo above when she visited the museum back in November, 2013, and you can see Katherine’s basket on the far right. It’s a well made panier à jour with slat willow base, one of Katherine’s ‘signature’ baskets. It was one of eight baskets displayed in this area where museum visitors had the opportunity to pick up the baskets and examine them.

Since the public would be handling the basket, the Renwick Gallery would not insure its value or final condition. It was an understandable and reasonable risk to take for the opportunity to present Katherine’s work to the many visitors. The Smithsonian did agree to return the basket after the exhibition closed on December 8, 2013. 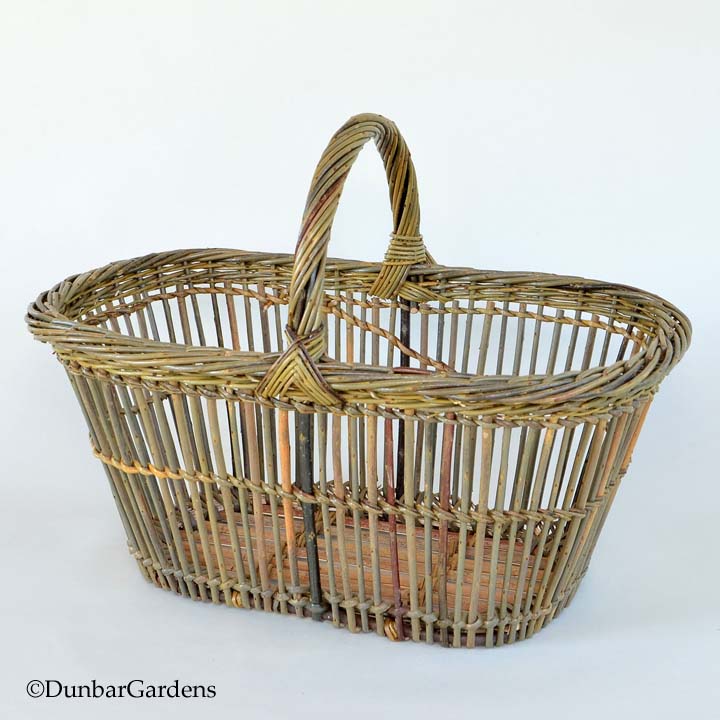 A Measure of the Earth hands on basket

When the exhibition closed we were notified that the basket loan would be returned later that week. December went by so we contacted the Renwick Gallery in early January and were told that we would receive it by the end of the month. In February we contacted the Art Registrar who handles all the shipments of artwork for the Smithsonian. After a couple of emails they replied that the basket was still in the process of being returned. Now it is March, three months after the exhibition closed, and we are still waiting. We already had to deal with a government shutdown that delayed the opening of the exhibition so we figure another delay is just the way things are done in the “other Washington”. “Thank you for your patience.” 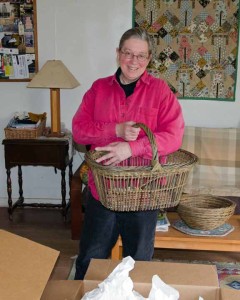 The basket was returned March 6 three days after making this post. The basket was double boxed with loads of padding. By the date of 12/11/13 marked on the inner box it is clear that the Renwick Gallery staff did a timely job the week after the exhibit closed. It’s also amazing how little wear the basket shows after spending a couple of months in the gallery for many people to touch it. I thought I heard a ‘sigh’ when I opened the box, like the basket was happy to see the light after spending three months boxed up in a Smithsonian warehouse