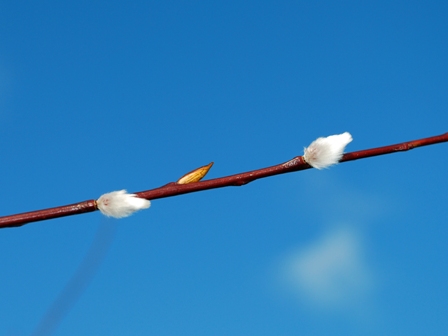 Mention willows and many people first think “pussy willows”. Usually people think of the large catkins that are produced in the spring on Salix caprea, S. cinerea, or S. chaenomeloides, but many of the willows produce attractive catkins. Willows are dioecious, which means that male and female flowers are born on different plants. In addition, depending on the species, catkins are produced before leaves (precocious), at the same time (coetaneous), or after the leaves have formed (serotinous). So it goes without saying that there will be a lot of variation in how different cultivars flower and their ornamental quality. 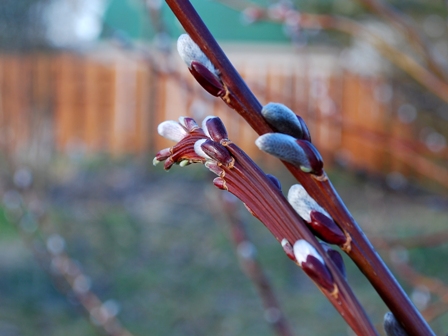 Sometimes you get a package deal like these catkins on this Japanese variety that has ‘fasciated’ stems. Other times the catkins are small and almost inconspicuous like the ones below. 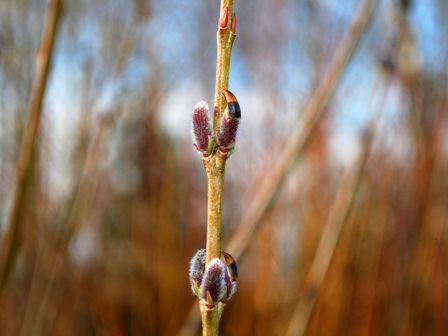 For some gardeners, the catkins are the whole reason for having the willows. The catkins are just an extra benefit for us. There is nothing like a cool, sunny day in February or March with the catkins popping on the willows. A little later and a little warmer, the anthers will start to open and bees will emerge to visit the flowers. That’s when I realize I better get working and get the willows cut before they leaf out!  Right now I still have the time to admire the black catkins of melanostachys against the blue sky. 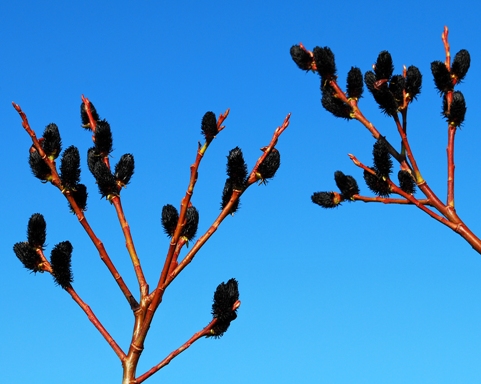 Oh hello there. Do you have any more leaves we can