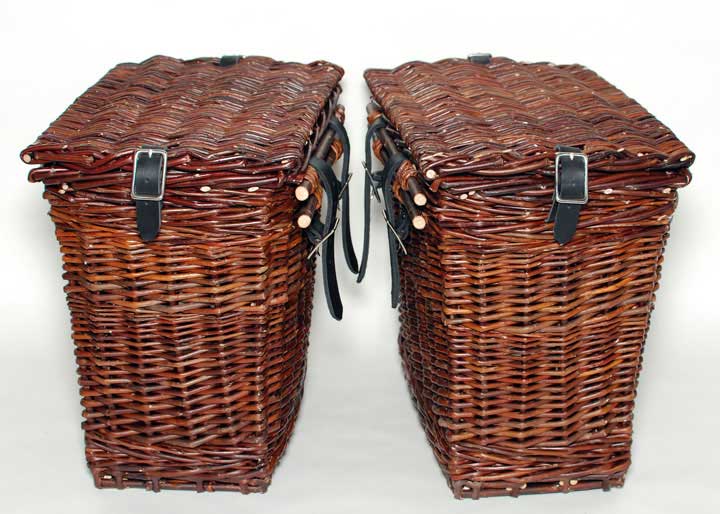 Katherine made this pair of bicycle panniers last November. They were a custom order for Ben Ferencz at Freeman Transport, who hand build bikes in Missoula, Montana. Ben wanted a pair of willow baskets for a tandem bike. 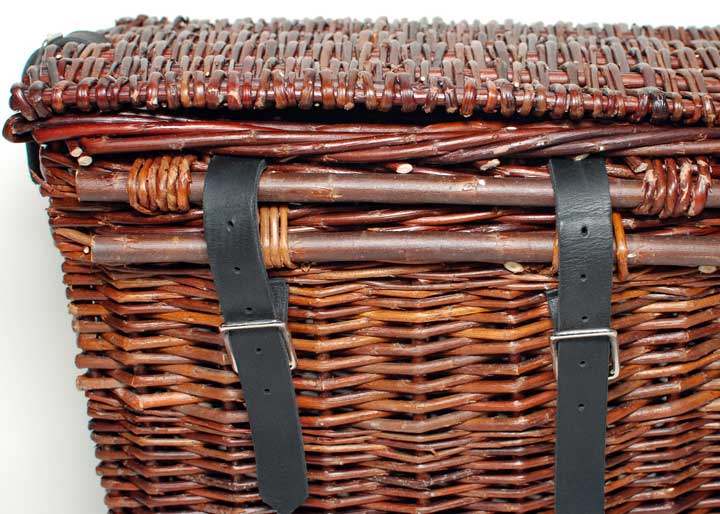 Ben sent us a Freeman rack so that Katherine could figure out attachment using willow and leather straps. 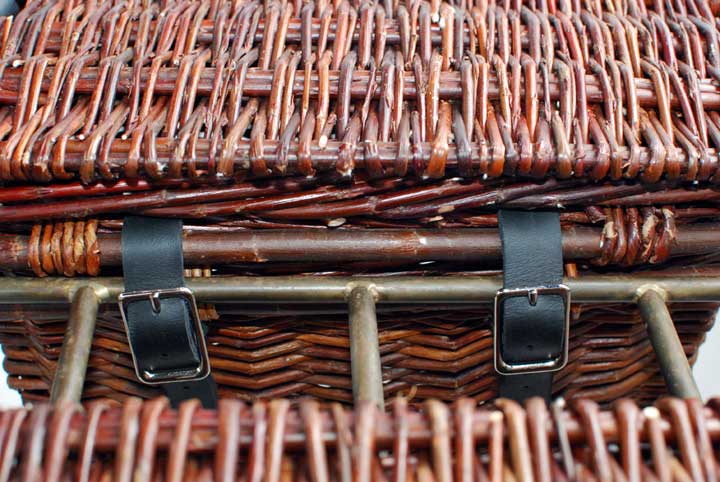 They also wanted these to be picnic baskets, so Katherine added a removable cutting board on the inside of one lid. The lids are held on by a leather strap and buckle on each end. 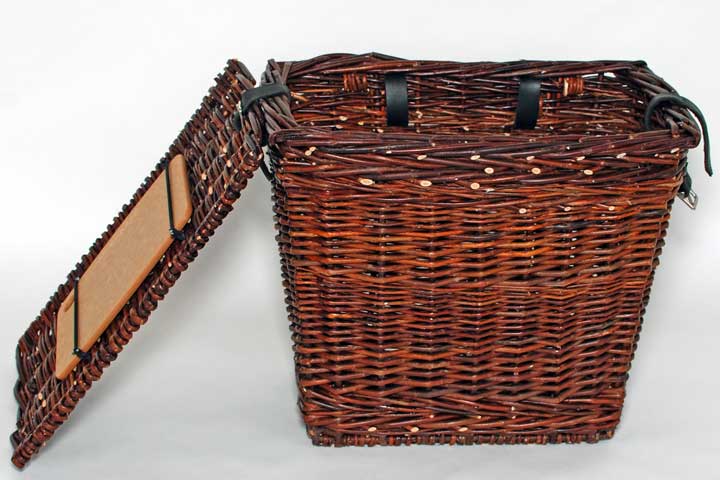 Here’s what the basket panniers looked like on an old bike we have with the Freeman rack tied on. They looked great even on this old beater, but it was going to be a pleasure to see them on a hand built tandem. 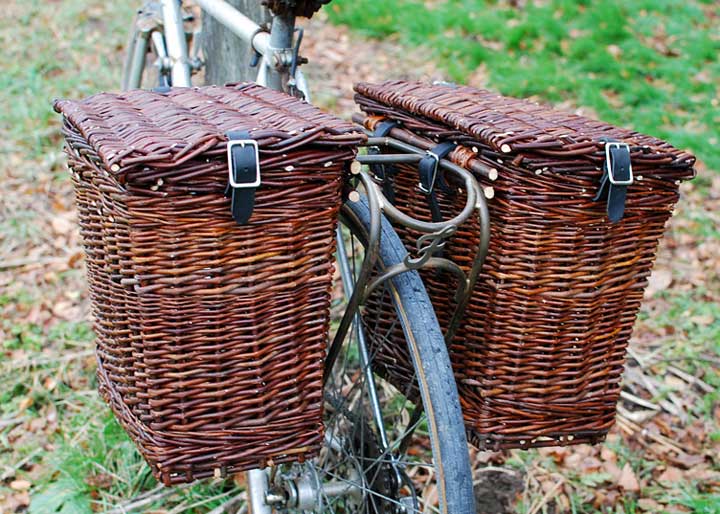 We knew the baskets were going to be mounted on a special tandem that Freeman was building, but we didn’t know who the actual customer was. Ben had briefly mentioned the name Mistress. We had no idea that Mistress was a “creative agency” in Venice, CA. It was kind of amusing to come across this video and see Katherine’s baskets riding around the streets of LA.

The next short video shows the tandem bicycle being made. There are some good shots of the baskets again near the end. The tandem bike is apparently now for sale as The Mistress.

“Guess where I am?” Our friend Heidi surprised

I noticed this Woolly Bear Caterpillar today on a

Four photos of one of Katherine’s “crazy quilt